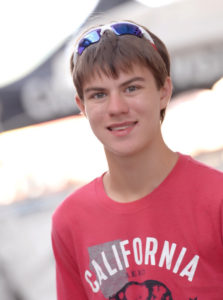 Born in 2001 under the shadows of the Ural Mountains in Yekaterinburg, Russia, Aaron Hanania began writing his stories shortly after coming to the United States and quickly adapting to the new technologies in writing. Using his iPhone 6, he began writing this novel in 2017. Although the technology is quickly outdated, the power of the human mind is not.

A high school junior living in Chicago’s southwest suburbs, Aaron launched his online writing website, Aaron411.com in 2008 at the age of 7 where he posted his stories about life.

He is an avid drummer who plays to the music of the Rolling Stones, Led Zeppelin, The Beatles, and Fleetwood Mac. Aaron was one of three winners of his high school talent contest in 2018 for a drumming medley performance that rocked the school auditorium. Aaron has also published several interviews with celebrities including Cubs First Baseman Anthony Rizzo and Super Bowl Champion Michael Schofield for The Regional News newspaper, and for his school newspaper.

Asked about his lifetime experiences, Aaron explains, “My resume may be short because I am still young. But it is just the first page of a life I look forward to enjoy, explore and share.”

His website is www.Aaron411News.com and his YouTube channel where he creates songs, videos, posts interviews, and tests his creative ideas is at www.Aaron411.com. 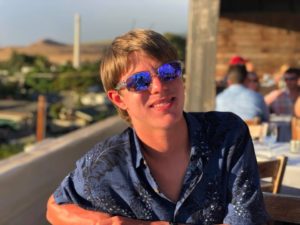